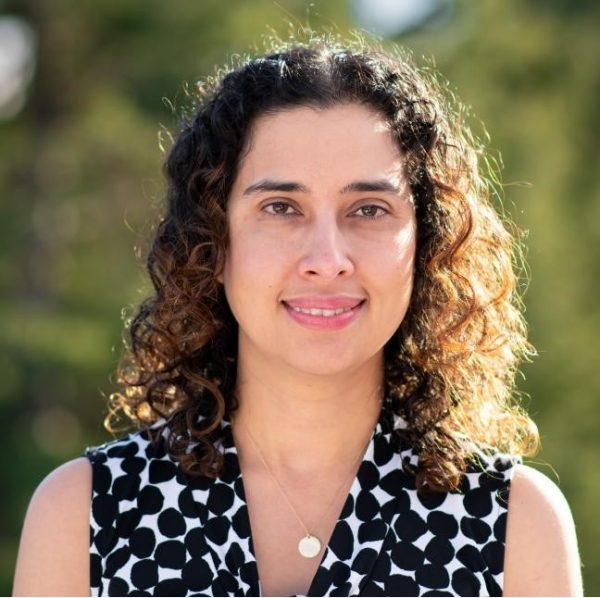 During her undergraduate training at Tufts University, Dr. Monisha Sharma cultivated her interest in social service by joining several community service groups. However, she viewed her passion for social justice as separate from her academic studies as a biology major. She spent several summers working in basic science labs. While she enjoyed generating and testing hypotheses through laboratory experiments, these experiences taught her that she wanted to affect change on a larger scale.

After graduation, she served with Americorps, working with unhoused and low-income clients to help them find employment, housing, and healthcare. While she found her position immensely fulfilling, she realized she wanted to focus her career on improving population health on a larger scale. She also missed her academic work in the sciences. She soon realized that public health was the ideal way to combine her interest in science with her passion for working with underserved populations.

Upon completing her Americorps service, she worked for two years as a research assistant at the Massachusetts Department of Public Health working in occupational health surveillance. She realized she would need formal training in epidemiology and biostatistics in order to analyze and understand public health data. She pursued an MPH in infectious disease epidemiology at Johns Hopkins School of Public Health. Her thesis research assessing risk factors of HIV acquisition among sex workers in India was her first introduction to the field of global health.

After completing her MPH, Monisha wanted to return to the Boston area. After broadly applying to public health jobs, she found a position as a research analysist at the Harvard School of Public Health. Her work focused on modeling of prevention strategies for HPV, the cause of cervical cancer. Despite the existence of effective screening and vaccination, cervical cancer remains the number one cause of cancer death among women in low- and middle-income settings. She learned to utilize mathematical models to simulate the health and economic impact of health interventions to inform evidence-based policy decisions. She learned that modeling is a powerful tool that enables simultaneous evaluation of the long-term outcomes of dozens of strategies while making assumptions explicit and evaluating uncertainty.

When selecting a PhD program to continue her training, Monisha considered both the academic rigor of the program as well her quality of life outside school. She fell in love with the Pacific Northwest during her visit to the University of Washington, and was impressed with the friendly, collaborative atmosphere of the University. In giving advice to the START RAs, Monisha said, “quality of life and happiness outside of your PhD is just as important as academic strength of a program, especially since you’ll spend 4-5 years in a PhD program.”

At UW, Monisha’s dissertation work focused on evaluating the potential of community-based HIV testing (conducted outside of health facilities) to overcome barriers associated with facility testing and achieve high coverage in Sub-Saharan Africa. She learned to conduct in-country micro-costing studies of interventions which informed mathematical models that were parameterized with effectiveness data from same intervention.  After completing her PhD, she continued on the more traditional route of a post-doc followed by an academic path. But she emphasized to the START RAs that there are many interesting and fulfilling career options outside academia where they can use their training to improve population health.

Dr. Sharma joined the START Center in January 2021 as a faculty lead member.