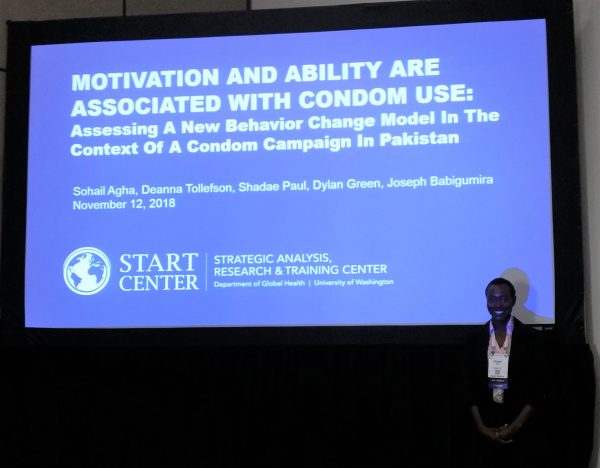 The Fogg Behavior Model was developed in 2009 by Dr. BJ Fogg, a behavior scientist at Stanford University. The Fogg Behavior Model, initially used to maximize motivation and use of technology products, is a holistic model that describes behavior change as the convergence of three components: motivation, ability, and a prompt (Figure 1). Motivation is defined as how inclined an individual is to engage in a behavior; ability is defined as how easy or hard it is to engage in a behavior; and, the prompt is a “trigger” or stimulus that cues action. Beginning in September 2017, Research Assistants from the START Center, in partnership with a colleague from the Bill & Melinda Gates Foundation, conducted an analysis of the Fogg Behavior Model in the context of a condom advertisement campaign in Pakistan. The purpose of this analysis was to use data from the condom campaign to determine if the Fogg Behavior Model could be a valid tool to determine behavior change. Specifically, the team looked at how motivation and ability is associated with condom use among married men in urban Pakistan. 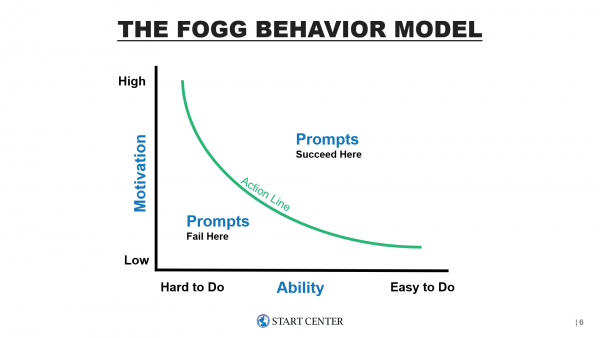 Shadae Paul, START Research Assistant, presented the research methodology, findings, and future implications from the Pakistan condom campaign at the American Public Health Association conference in San Diego, California. The START research team found that the Fogg Behavior Model has potential application for mapping health behaviors in the Pakistan context. Additionally, markers of motivation and ability were found to be strongly associated with condom use among married men in Pakistan who were exposed to the condom advertisement campaign. Lastly, the team confirmed that the Fogg Behavior Model is a straightforward model describing behavior at the convergence of motivation, ability, and a prompt. Although these findings were promising, additional research is necessary to validate the model in other geographic regions and using different outcomes. 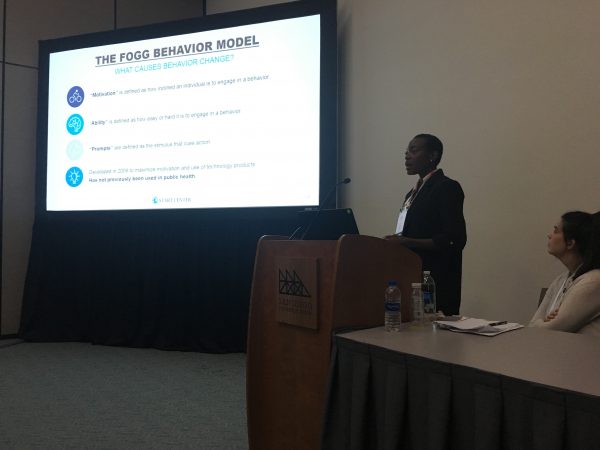 In September 2018, START Center was engaged by the Bill & Melinda Gates Foundation to continue assessing how the Fogg Behavior Model can be used to promote behavior change among vulnerable populations. The geographic focus of the second engagement is Nigeria, where contraceptive use is low among adolescents with little to no progress in the past 10 years. The START research team will analyze how the association between social norms and contraceptive use among adolescents in Nigeria varies depending on motivation and ability. Factors such as poverty, education, region, and religion will play a key role in determining the outcomes of this analysis. This research is ongoing with plans to conclude in the spring of 2019.