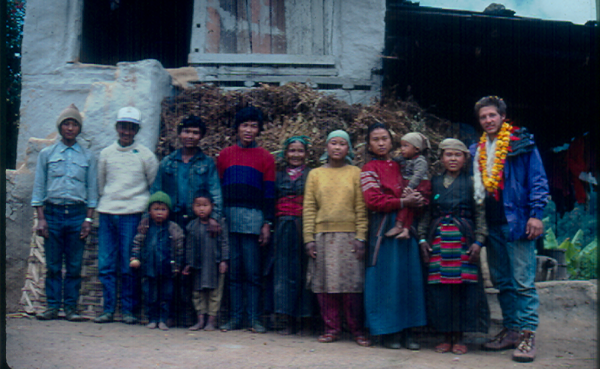 START Center Executive Director Dr. Judd Walson’s path has not always been conventional. After his first semester in college, Dr. Walson left school to travel Europe. His seven-month adventure included a stint as a street performer and time spent performing with a German circus troupe. The challenges of this experience and the troubled characters he met along the way shed light on Dr. Walson’s desire to explore a career centered on helping others.

With new focus, Dr. Walson returned to Pitzer College to finish his Undergraduate degree. After taking courses in a variety of subjects, it was a professor of Cultural Anthropology that finally harnessed his enthusiasm. The professor became Dr. Walson’s mentor and encouraged him to major in the field. As a part of his undergraduate experience, and with his mentor’s encouragement, Dr. Walson spent a semester in Nepal working on an anthropological project focused on access to TB care. Unbeknownst at the time, this experience continued to solidify his path towards Medicine and Global Health.

After graduation, he returned to Nepal to work on a project tracing defaulting TB patients in remote villages. What was meant to be a six-month project turned into almost three years, and it was during this time he realized his desire to attend medical school. The pivotal moment occurred when a yak gored a pregnant woman in a remote village. Witnessing this trauma and not being able to provide the medical care that villagers turned to him for in this emergency, cemented his future career in medicine.

I remember the very moment I decided to go to medical school. I was sitting in a rhododendron forest and had an epiphany. I knew what I wanted to do and that was to go back to medical school and focus on health in low-resource settings.

Dr. Walson contacted his undergraduate mentor, expressing his desire to attend medical school. His mentor encouraged him to enroll in Tufts University’s dual MD and MPH in International Studies program. After completing medical school and an MPH at Tufts, Dr. Walson completed his Residency at Duke University in Medicine and Pediatrics. During his residency, he also spent time in refugee camps on the Thai-Myanmar border. Upon completion of his residency, he came to the University of Washington to complete his infectious disease fellowship. During this time, he spent almost three years living in Kenya and launching his research career.

A common thread throughout Dr. Walson’s career has been the importance of identifying and fostering mentorship relationships. While his story is not linear or conventional, he credits his success to the invaluable guidance and support of mentors throughout his career who saw potential in him, and who encouraged him throughout the various stages of his career. Today, Dr. Walson aims to pay this mentorship forward, seeing success in people in the way that his mentor saw potential in him.

… There are people who do not fit the traditional mold, but you see something in them and you know they are going to be successful. I think identifying that is important. I think if you just limit yourself to the traditional, you miss some real diamonds in the rough.

Mentorship is one of the core values of the START Center. The Center provides mentorship to research assistants in not only content and analytic skills, but also in project management, leadership, communication, and team building.