There is increasing concern that the phenomenon of drug manufacturers producing different versions of the same medicine (of varying quality) for different markets (henceforth referred to as tiered production) may be having concerning impact on both the equity of global drug distribution and public health, particularly for low- and middle-income countries (LMICs), specifically in Africa. The Strategic Analysis, Research, and Training (START) Center Team sought to assess the peer-reviewed literature, sample experiences of national drug regulators & procurers from Africa, and search publicly available drug procurement and registration data to define the size, scope, and public health impact of tiered drug production. The team summarized their findings from a literature review of peer-reviewed publications and anecdotal experiences from national drug procurers and regulators, and made recommendations to the Bill and Melinda Gates Foundation (BMGF) for short- and long-term goals to better understand the scope of this problem.

While anecdotal reports suggest some manufacturers routinely produce cheaper, less effective, versions of their drugs for countries with lower regulatory capacity, the START team sought to better define the published evidence that supports this claim. Their review of the published literature represents the first phase of this project. In the second phase, the team interviewed drug procurers from several Sub-Saharan African countries, as well as authors and experts from various sectors, to better understand the challenges of regulating and procuring drugs manufactured through tiered production. Interview themes were analyzed by team members, and emerging themes were identified by the research team. The results of the interviews are summarized in two sections: the first with themes that emerged from regulator and procurer interviews, and the second with recommendations from experts in this field and authors of papers cited on this phenomenon. Finally, the team analyzed drug registration lists obtained from public sources. Deliverables included a final report, which synthesized data from all workstreams. 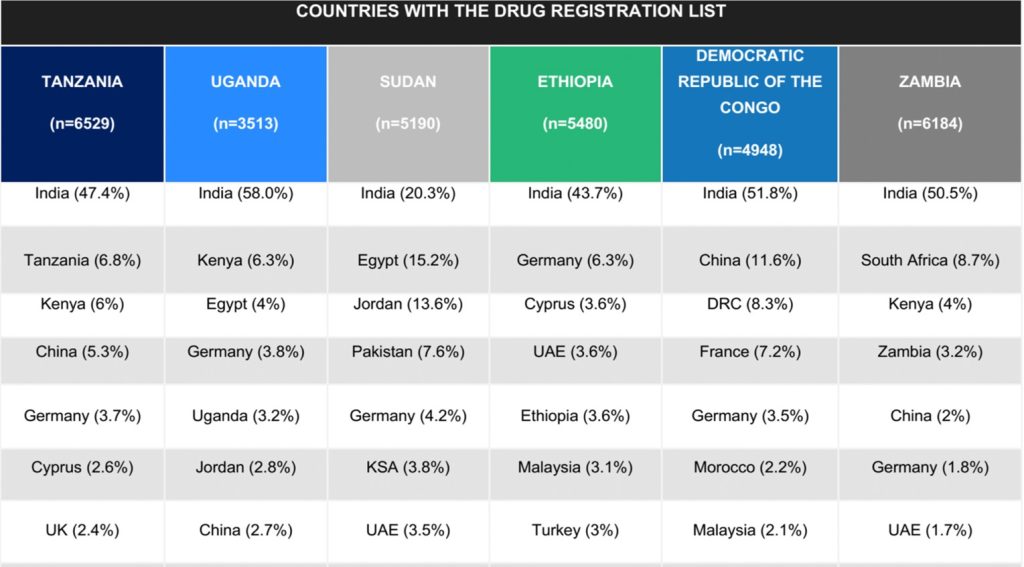