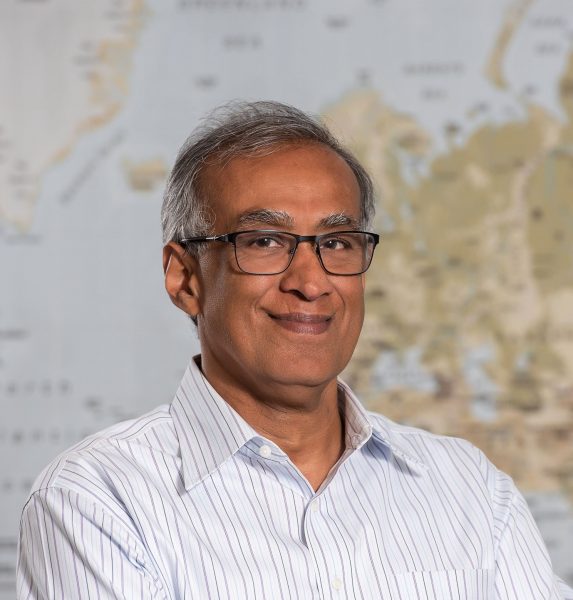 This quarter Dr. Akhtar Badshah spoke with current START RAs about his career path, and what drives his decision making. In summarizing his path, Dr. Badshah said, “I have had a very eclectic background and a very eclectic path. I have shifted everything I do.”

Dr. Badshah received his DipArch from the School of Architecture and Planning, CEPT, India in 1981. He received his SMArchS in 1983 from Massachusetts Institute of Technology (MIT), where he also received his PhD in Environmental Studies in 1993. In his early career, he was an architect and an urban designer, working on small- and large-scale sustainable designs around the world.

In the first major shift in his career, Dr. Badshah stepped away from his formal career as an architect and urban designer to begin teaching at MIT in 1984, where he launched the Designing for Islamic Societies program within the Department of Architecture.

In 1993 he left his teaching position at MIT to join colleagues who were launching a non-profit dedicated to shortening the lag time between ideas and implementation by sharing innovative solutions to the common problems cities face, the Mega-Cities Project. While he was working there as the Program Director, he became interested in the role large corporations play in city planning. With this model in mind, he started applying it to other cities around the world. Today, the Mega-Cities Project is a worldwide non-profit.

In 2000, Dr. Badshah joined the Digital Partners Foundation with the mission of bringing technological support to social entrepreneurs in low- and middle-income countries to bridge the digital divide. This work got his team a lot of global attention and allowed their foundation to grow quickly. Part of the work they were doing was identifying entrepreneurs across the globe and connecting them with people who could help them build their business plan, and then help them submit their plan for funding.

Four yours after launching the Digital Partners Foundation, Dr. Badshah joined Microsoft as the Senior Director of Community Affairs, heading the company’s philanthropy program. Dr. Badshah ran this program for ten years. Microsoft was looking to extend access to their technology, whether it was in the formal classroom setting or a non-formal setting. In taking this role, he went from asking people for money to having people ask him for money. It was an opportunity for him to learn how to say no, for every 1,000 requests received, only one would receive funding. He had to learn how to say no to 999 people while maintaining the relationship to ensure they still had a positive view of Microsoft.

With each new role he took on, the most important aspect of his work was that he could feel like he was making a real impact. After ten years with Microsoft, he decided that he was ready for something new, so he came to the University of Washington (UW), and began teaching. He currently teaches across three departments: the Evans School of Public Policy and Governance, UW Bothell School of Business, and the Department of Global Health at the START Center.

Within his appointment at the Evans School, he is the director of the Accelerating Social Transformation program, which works with entrepreneurs to find how they can use technology to have social impact. This is a one-week long program for mid-career professionals who are interested in the social impact space.  It is an experiential program; during which the students work on impact plans that they can use for whatever they are working toward. In his role as a faculty lead at the START Center, he provides support to graduate level students who work on consulting projects for clients in the Global and Public Health sector. In all his work, he is trying to figure out how he can push the envelope to bring multisector aspects together to make an impact.

Dr. Badshah joined the START Center as a Faculty Lead in September 2019. 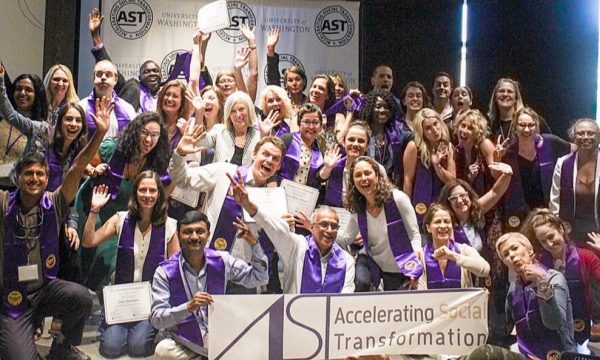