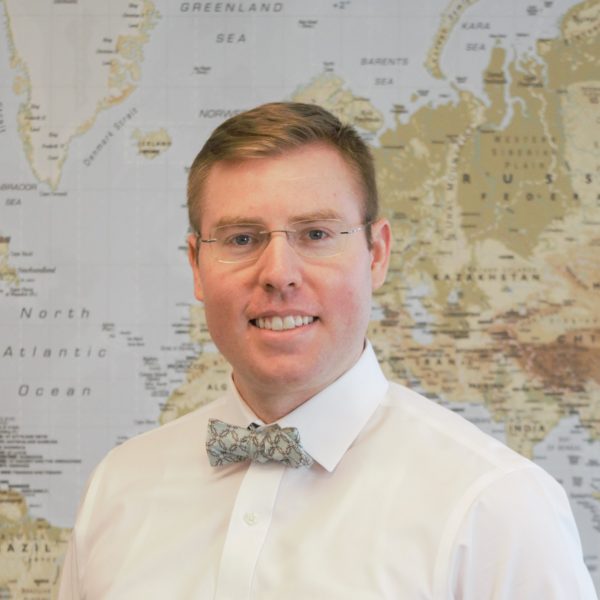 This winter START Center Faculty Lead Dr. Barclay Stewart spoke with the members of the START Center about his education and career path, and the experiences and people who impacted his decisions along the way.

Dr. Stewart began his undergraduate education at Clemson University. He studied environmental engineering and biological sciences, hoping to go into a career conducting environmental impact analysis. In his junior year, he received a National Resource Defense Council scholarship to study the environmental impact of the planned Chalillo Dam on the Macal River in Belize.

While working in Belize in a remote area within the rainforest of the Mayan Mountains, Dr. Stewart got a botfly wound superinfection in his foot. The infection caused systemic symptoms and was so severe that if he were in a US hospital, his foot might have been amputated. Given the inability to access a hospital, he received care from a local woman with traditional medical training. Using local debridement, poultices, and teas, she saved his foot and his life. This experience changed how he wanted to impact health, deciding that instead of indirectly impacting public health by monitoring the health of the environment, he would go into medicine.

After graduating from Clemson University with a BS in Biological Sciences in 2005, he began medical school at the Medical University of South Carolina (MUSC). At the time, MUSC did not have a global health option for students so he applied to, and was awarded, the 2008 Fogarty International Clinical Scholarship to train in global health research. He was partnered with Dr. Judd Walson and studied the prevalence and correlates of HIV and helminth co-infection in Kenya. Dr. Walson taught him about the importance of personal and data integrity, how to write, and to always ask and answer important questions in challenging places to do research.

Following his Fogarty Scholarship, Dr. Stewart studied public health at the London School of Hygiene and Tropical Medicine, where he received his Master of Science in Public Health (MScPH) degree in 2011.

After receiving his MScPH, he got a job as a project officer for the Malaria Consortium working on a USAID project to map and plan mass drug administration for neglected tropical diseases (NTDs) in the South Sudan. While he and his team were doing this work, they would collect data in communities during the day and at night, sleep in local schools, hospitals, and even in the bushes when no other lodging options were available. Many people came to the hospital needing surgery for injuries, burns, or other conditions, but there were no surgeons or persons to provide surgery present. In painful irony, one hospital had Dr. Stewart and his team sleep in the operating theater because they knew no surgeries would take place.

Because of this experience, he again changed his career trajectory. He shifted his focus from tropical medicine to surgery, injury and burn care. He reached out to Dr. Walson, the professor he had worked with during his Fogarty Scholarship in Kenya, to inform him of his new direction. Dr. Walson put him in contact with Dr. Charlie Mock, a surgeon at the University of Washington (UW). Dr. Stewart became a surgical resident at UW soon after and received another two-year Fogarty Scholarship. This time he went to Ghana, where he studied how to assess and develop systems to care for injured and burned patients. 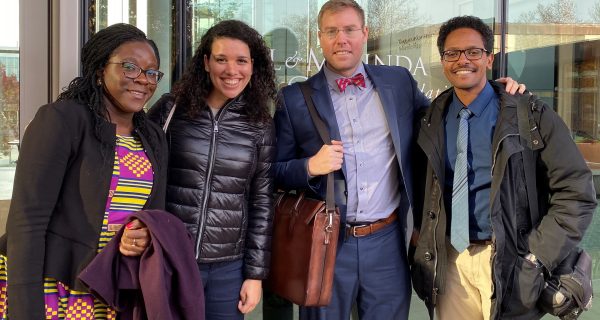 Dr. Stewart is adamant that surgery is a global health priority. He highlighted this through important milestones in global surgery, including the World Health Assembly resolution on emergency and essential surgery and anesthesia and The Lancet Commission on Global Surgery.

Today, Dr. Stewart practices trauma, burn and critical care surgery at UW Medicine, Harborview. As a faculty member of UW Medicine and core member of Harborview Injury Prevention and Research Center, he is partnering with researchers in several low– and middle–income countries (LMICs) to reduce and address the burden of injuries.

In response to all his accomplishments and varied experiences, Dr. Stewart attributes his path and his successes to the mentors and experiences that they engaged him with. He has been a Faculty Lead with START since September 2019, and hopes to impact START research assistants in the same ways his mentors impacted his person and career.