The START team screened a total of 3,305 research articles for inclusion criteria, of which 79 were screened for full-text review. After further exclusions, the team identified relevant literature for data extraction. The START team then developed a REDCap survey for the data extraction process, which was shared with the client for their input. Upon completing the data extraction process, the team imported the outcome data from 19 eligible papers into an Excel database. Overall, most of the studies were published between 2010 to the present. Most of the study countries included in the publications were from South-East Asia, with Bangladesh being the most represented country. Seventy-nine percent of the articles studied outcomes associated with Campylobacter. The most studied outcome was overwhelmingly linear growth, and only one publication assessed the impact of these infections on neurodevelopment. 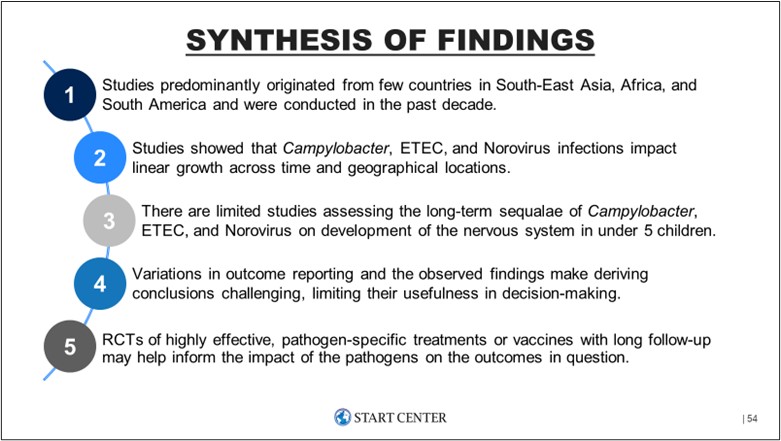