The START team was engaged by the Bill & Melinda Gates Foundation to provide a landscaping of the current global market and production capacity for the nitrocellulose analytical membrane components of lateral flow assays (LFA), operating under the assumption that this would be a key bottleneck for LFA manufacture as test developers are asked to scale up production for COVID-19 rapid antigen tests. The team tested this assumption and created an informative landscaping presentation through key informant interviews with LFA test developers and nitrocellulose membrane producers, ending up with conclusions pertaining to the short-term sourcing of nitrocellulose for foundation grantees, as well as a prospectus on the feasibility of alternative membrane sources over time.

The START team's primary findings were detailed in a final presentation slide deck, as well as a document containing all notes taken from key informant meetings. In all, a global nitrocellulose shortfall was estimated to fall within a range of 1 to 9 billion LFA tests when measured against a variety of demand assumptions in a sensitivity analysis. The team identified a few producers of nitrocellulose that may have unused capacity for foundation grantees. Finally, it was ascertained that the likelihood of major nitrocellulose producers or LFA manufacturers switching to a non-nitrocellulose-based substrate for their analytical membrane was slim-to-none in the next three years. 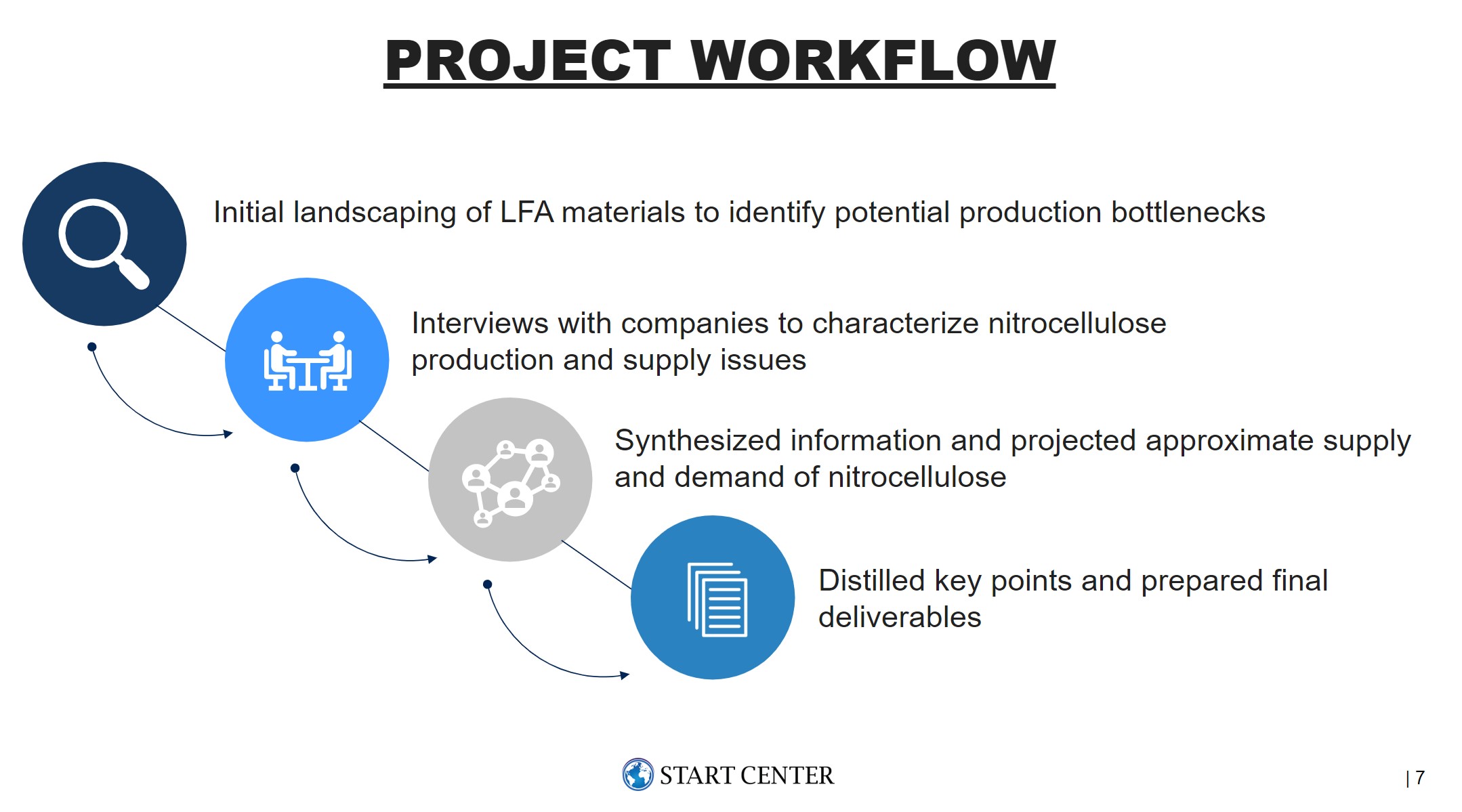