Eight exceptional students were honored with “Global Healthies” on May 15, after a competitive review of applications.

The Global Healthies award ceremony, now in its third year, recognizes excellence and achievement across five categories: Discovery and Development, Implementation and Application, Education and Training, Public Health Service and Direct Care, and the Oscar Gish Social Justice and Health Equity. Submissions to each award category were evaluated by faculty with expertise in each topic area. The Oscar Gish award was voted on by attendees based on their impact on health equity and social justice.

Prior to the award ceremony, 20 student posters lined the HUB Lyceum as faculty, staff, and community members mingled with students to learn about their projects. Ranging from a low-resource lab kit to test HIV drug resistance, to legislative impact on abortion care, student projects were interdisciplinary and far-reaching.

The Global Healthies awards are supported by individual donations to the Department of Global Health, and the Oscar Gish award is provided in honor of Oscar Gish, a University of Washington faculty member, economist, author, and scholar who passed away in 2004. He was a fierce advocate for social justice and equality, and influenced both students and faculty alike to strengthen their commitment to justice. 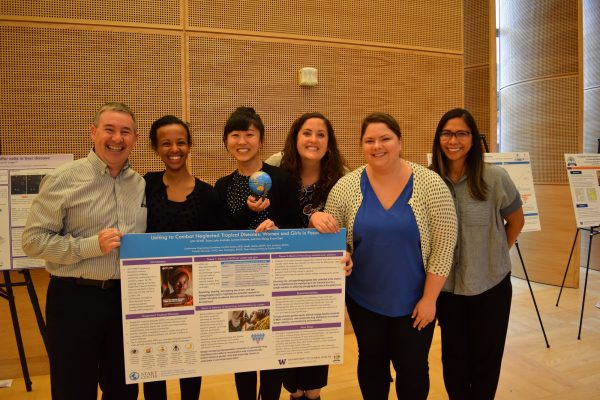 This award was split among two projects.